Firm attorney Richard Shuster won another trial against Douglas Zahm, P.A., a firm widely regarded as one of the toughest firms that represents banks and loan servicers in Florida foreclosure cases.  The trial was conducted in Brevard County, Florida.  This foreclosure case was originally filed by SunTrust but after two years of litigation Seterus replaced SunTrust as the servicer.  The Zahm firm knew that our firm was not one to surrender.  Since our firm beat the Zahm firm in another trial in late 2014, they took an additional precaution of bringing two witnesses to trial, one from the new servicer Seterus (who traveled from Oregon) and another witness from SunTrust.


Our firm won the case on two separate issues:  First because the original note had an endorsement that was not contained on the copy of the note attached to the complaint the Court sustained our objection to the original note being admitted into evidence.  The Court also agreed that the notice of default sent by SunTrust was legally inadequate and did not comply with paragraph 22 of the mortgage.  After the Plaintiff put on their case at trial and rested, firm attorney Shuster moved for involuntary dismissal, which the Court granted. 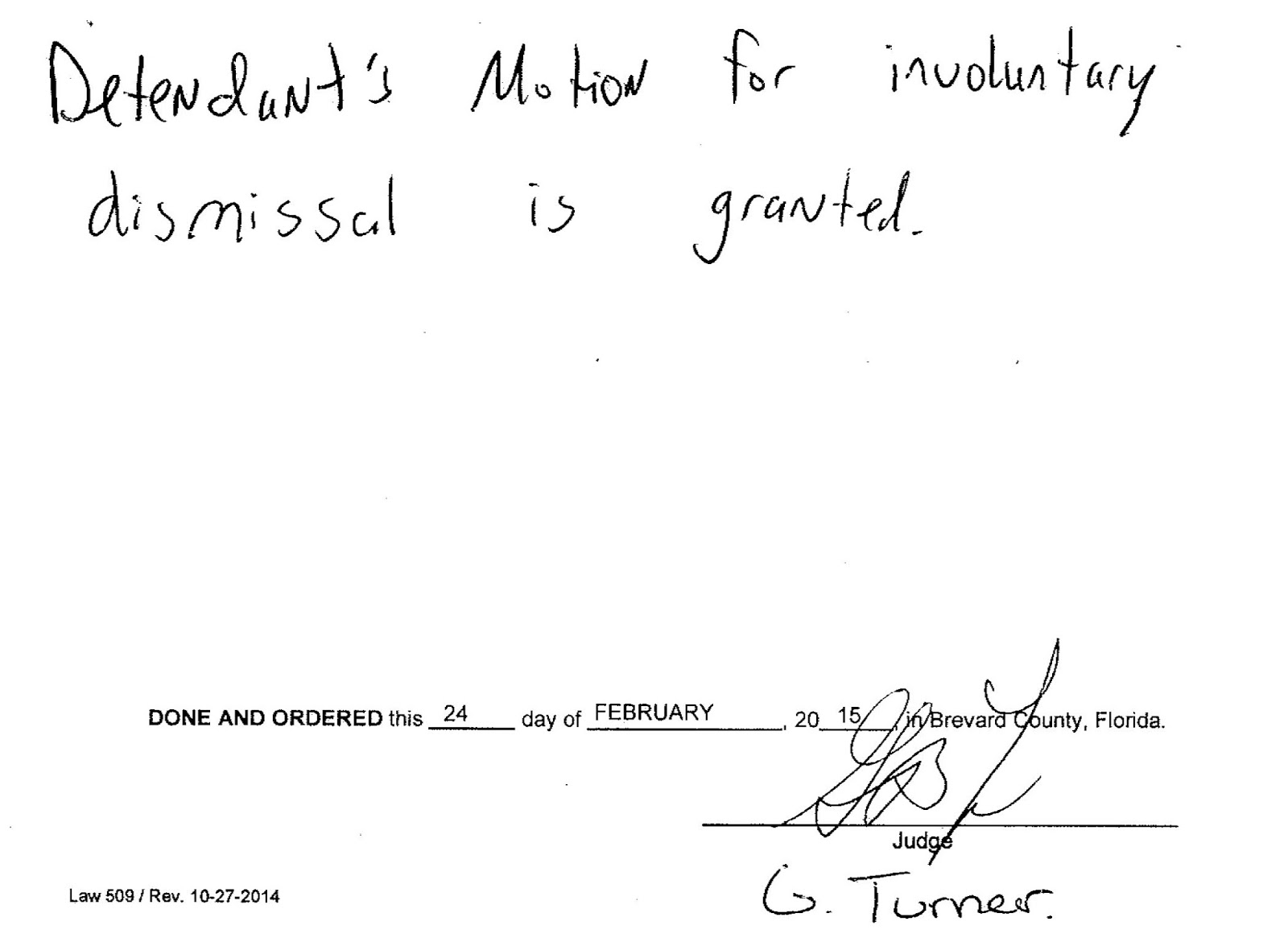 Our clients in this matter are a Space Coast family with school age kids that suffered the loss of a good job due to disability.   Our client’s household income after the job loss, is less than half the amount necessary to qualify for loan modification.  Had our firm lost the trial our clients were at risk of being homeless.  As with every trial, our firm was All In.  We conducted extensive discovery, deposed the corporate representative who testified at trial, and searched high and low to find weaknesses in the bank’s case.  The night before the trial, our client got an E-mail, just a few minutes before midnight to let him know his lawyer was finally going home and was ready.  Thankfully our efforts paid off.
Posted by Unknown at 9:10 PM