Yesterday, I went to trial for a client referred to our firm by Brevard Legal Aid.  Since the client came do us from legal aid, he hired our firm on a "pure contingency fee" basis which means if we did not win his case we would not get paid at all and if we won we would seek a court ordered fee to be paid by the losing bank. 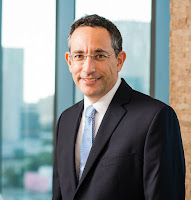 Our client tried valiantly to modify his loan with Bank of America.  When his income began to falter in the great recession, Bank of America put him in a temporary forbearance plan in which he was to make a modified payment of slightly under $500.00 per month.  The plan was supposed to last up to three months.  During this time he was supposed to be evaluated for a permanent loan modification.  The three months of forbearance turned into 24 months in limbo, and during this period the client sent Bank of America a check every month. According to the client he sent Bank of America every document they asked for.  Then in the twenty fifth month, they sent his check back and refused to accept his payments.  At trial, I put the client on the stand, and put copies of all twenty four checks into evidence.   It appeared that Bank of America never said Yes or No and rather than make up their mind they just elected to stop taking his payments.  Bank of America waited years from the time they stopped taking his payments to file a foreclosure action.  Along the way, the original note was lost.

Our client who was laid off from his job, did battle with three huge financial institutions, each worth billions of dollars, that hired enormous law firms to take his home away.    Bear Bryant once said "It's not the size of the dog in the fight; it's the size of the fight in the dog."  We work our cases very hard, even for our clients who don't pay us.  If we can't get you a great loan modification and if it is in your best interest we will take your case to trial.  If you want a law firm that has your back and will defend your foreclosure with passion, come see us.
Posted by Unknown at 10:38 AM No comments: