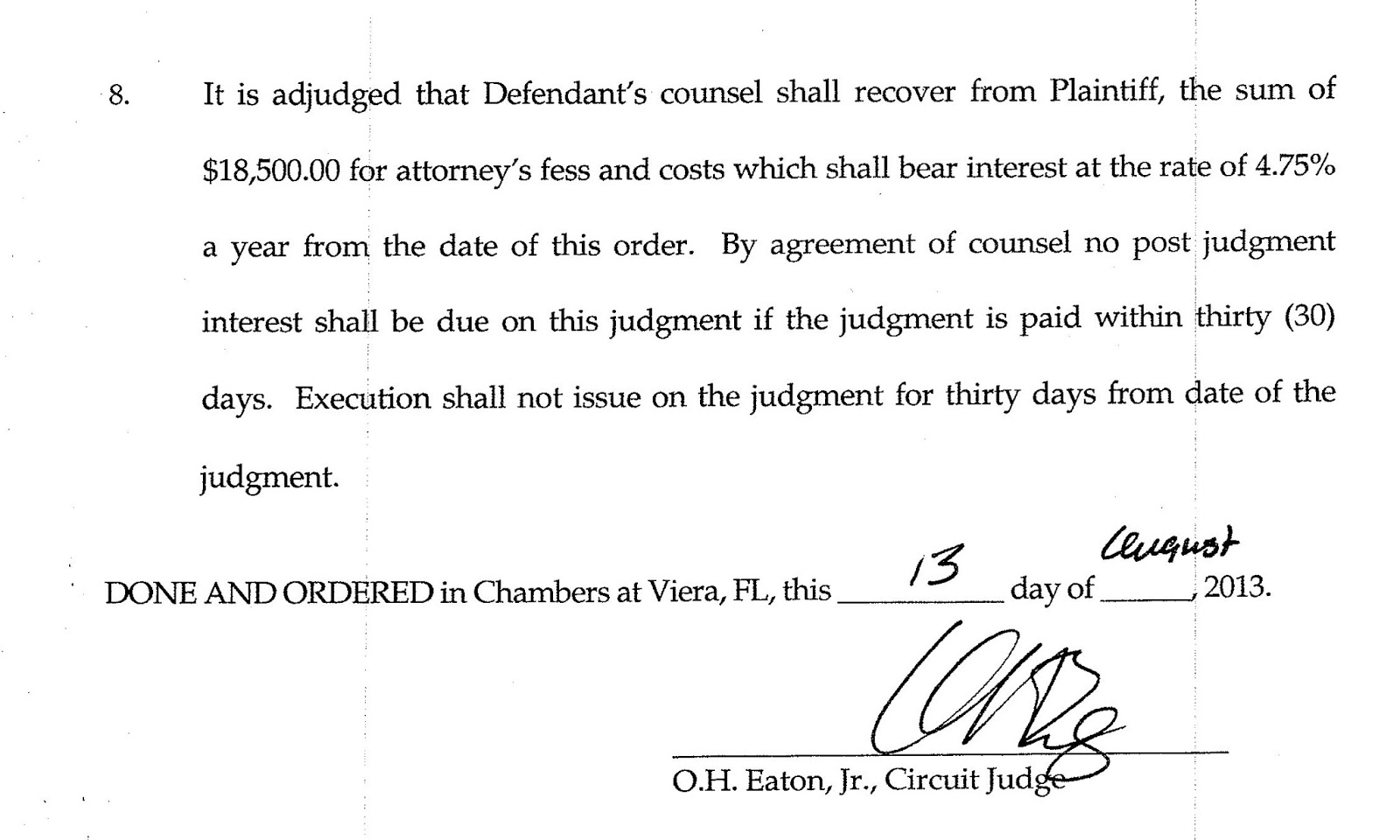 Firm attorney, Richard Shuster was not the first lawyer hired by a Brevard family to defend the foreclosure case filed against their million-dollar riverfront home.  The first lawyer hired by the family was a flat-fee lawyer whose objective was to delay foreclosure.  After the case was several months old the bank moved for summary judgment and the flat-fee attorney suggested to the homeowners that the end was near.  The flat fee lawyer thought the only option was to cut a deal where the homeowners would give up their home in exchange for an extended sale date that would get them three or four extra months in the home.

The homeowners happened upon a family friend at a popular beachside restaurant who was a prior foreclosure defense client of Shuster & Saben.  The client told the homeowner, how Shuster & Saben successfully resolved their case and suggested that they get a second opinion with firm attorney Richard Shuster.   At first, the homeowner was hesitant over the fact that hiring Shuster & Saben would be significantly more expensive than what they had paid to hire the flat fee lawyer.  After several weeks of delay, the homeowner called the Space Coast office of Shuster & Saben for a free foreclosure defense consultation.  During the consultation, attorney Shuster found a significant mistake made by the bank that had been overlooked by the flat-fee lawyer. During the consultation, Shuster explained the strengths and weaknesses of the bank’s case and laid out a plan of attack that would be implemented if the homeowner hired the firm.  Ater sleeping on the issue for one night the couple hired Shuster & Saben, the day after the consultation.   Shuster went to work on the case immediately, implementing the plan laid out in the consultation.  In less than six months  Shuster obtained an order dismissing the case.  U.S. Bank then moved for rehearing which was denied by the Court. After Shuster won the foreclosure case, he timely moved for attorney’s fees and costs to recover money from US Bank to reimburse legal expenses previously paid for by the client and pay for work done by the firm that the client was not charged for.

The Court’s final judgment reflects a finding that attorney Richard Shuster reasonably spent 41 hours in the defense of the foreclosure claim.  If a $1,500.00 flat-fee foreclosure defense lawyer spent 41 hours on a case that would equate to under $37.00 per hour.  Shuster & Saben’s client first retainer agreement calls for the client to pay for the first hour worked each month and the rest of the time spent is on a pure contingency fee basis where the firm only gets paid if the case is won.  With such a fee structure, Shuster & Saben, can afford to pull out all the stops in an effort to win.

The clients are no longer in foreclosure and continue to enjoy their waterfront estate home.  When the clients referred one of their friends to the firm their advice from experience was “when your home and biggest asset is on the line, hire the best lawyer you can find.”

About Shuster & Saben:  The lawyers at Shuster & Saben defend foreclosure cases with experience, attention to detail, and enthusiasm.  The firm is one of a select few that has won foreclosure cases but at trial and on appeal to a District Court of Appeal.  The firm regularly tries cases.  In 2012 the firm’s fee judgment against U.S. Bank for over $46,000.00 was the largest foreclosure fee judgment for a homeowner in Brevard County. The firm is equally proud of its many loan modification settlements which allow clients to keep their homes and make payments they can afford.