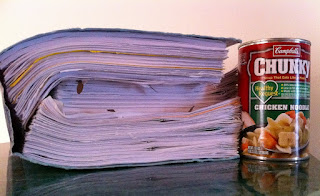 In April a foreclosure case our firm had been defending for well over two years was scheduled for summary judgment hearing in Brevard County, Florida.  Generally if a bank files a motion for summary judgment and “wins” the hearing on their motion, the case is for all practical purposes is over and all that is left is for the Court to administratively set a sale date, sell the property, transfer title to winning bidder at the foreclosure auction, and issue a writ of possession to remove the home’s former owner.

Summary judgment hearings are either “special set” meaning a hearing usually fifteen minutes in length is scheduled for a specific time before a specific judge or set on a “cattle-call” mass docket where thirty to one hundred cases have summary judgment hearings set for the same time and the court goes through all of the cases set in an hour or two.  Our case was set on a cattle call docket with ninety seven cases.  When I arrived at 9:00 for the haring, I learned our case was number eighty-eight  on the judge’s list of cases set for the morning.  Thankfully, I bought something to read.  It was going to be a long morning.  While re-reading the case law I would present to the Court when our case was called, I watched the hearings of other lawyers and unrepresented homeowners.  In most of the cases nobody showed up for the homeowner.  In every case where there was no homeowner present and no lawyer present for the homeowner, the bank’s motion for summary judgment was granted and a sale date was set.
When the first contested case where the homeowner actually had a lawyer present was called,  I looked up from what I was reading to see a confident colleague walk to the lectern with a file as thick as a telephone book. The homeowner's attorney explained “ Judge we have rescheduled the bank representative’s deposition three times at their request but the deposition has not happened yet.  The case is not ripe for summary judgment because discovery is not compete. “    After a brief rebuttal from the bank’s lawyer the Court denied the bank’s motion.

After a half dozen absent homeowner cases was another case with lawyers on both sides.  “Judge we have worked everything out said the bank’s lawyer.  We are agreeing to an extended sale date in ninety days and they are not contesting summary judgment. “  The judge looked at the homeowner’s lawyer who just nodded his head.  Motion granted, set sale for third week in July.  I looked up, feeling a little nauseous for a homeowner whose lawyer apparently went down without a fight.  No mention of a waiver of deficiency.  Then I saw it.  The homeowner’s lawyer’s file was as thick as my pinky.  From the look of things no discovery was ever conducted by the homeowner’s lawyer.
In my opinion discovery is a very important part of a foreclosure lawyer’s job.  A lawyer needs to conduct discovery to find out if the company that filed the foreclosure action owns the note, has standing to foreclosure, and has the evidence necessary to prove their case.  Without discovery the homeowner’s lawyer will have little idea if the homeowner has a winnable case.
Twenty minutes later came another contested case.  Another lawyer walked up with a fat file, presented case law to the Court and an articulate argument why the bank’s motion should be denied.  After a brief rebuttal the Court denied the bank’s motion.
Next came two more lawyers with thin files.  The first just wanted an extended sale date but offered no reason why the Court should deny the motion.  The Court split the difference between the sale date suggested by the bank and the date requested by the homeowner.  The next thin file lawyer had worked out an extended sale with the bank.
Soon, I realized the pattern.  Thick file lawyers in almost every case succeeded in stopping the bank from obtaining summary judgment.  Against thin file lawyers the bank obtained summary judgment in most but not all of the cases.
In some of the cases materials obtained in discovery helped stop the bank’s motion.  In other cases it was the argument, answer, or tactics that won the day.  To me a thick file suggests that the homeowner’s lawyer has requested discovery and most likely has been to court a few times to obtain documents that stonewalling banks like to withhold.  Lawyers who put in the time and work to build a file are more likely to put in the time and effort to FIGHT a motion for summary judgment.  Lawyers who think foreclosure litigation is about motions for extension of time and continuances and other obvious methods of stalling think they have done a good job when the lose slowly.
Thankfully when my client’s case was called I was ready.  After the judge heard argument from both sides and reviewed the controlling case law I presented the judge denied the bank's motion.  Five minutes later, I was in the courthouse staircase to call the client and let him know the result.  While walking the rest of the way down I realized…if you want to size up a foreclosure defense lawyer, don’t check out the lawyer’s suit or shoes, look at the lawyer’s files.
Posted by Unknown at 12:56 AM